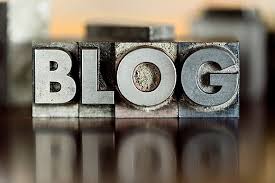 Question: Did Jesus literally become sin and a curse for us? Let’s look at the two scriptures that this question derives from:

Note: See previous blogs for a full discussion of these doctrines. 1. THE NATURE & ATTRIBUTES OF GOD THE FATHER: a. God is a Spirit b. God is infinite in His Being c. God is eternal in His Being d. God is Unchangeable in His Being e. God is Infinite, Eternal, and Unchangeable in His Wisdom f. God is Infinite, Eternal, and Unchangeble in His Holiness. Justice, and Goodness g. God is Infinite, Eternal, and Unchangebe in His Truth 2. THE NATURE & ATTRIBUTES OF GOD THE SON (JESUS): a. Jesus is God (2nd person of the Godhead) b. In the incarnation (when Jesus assumed human form), Jesus was still God. Scripture verses such as: Philippians: 2:1-11, John 1:1-3 , Colossians 1:15-17, & Titus 2:13 boldly tell us that Jesus is God. Therefore, we can concisely conclude that in the incarnation Christ: 1) was 100% God & 100% man (the GodMan) 2) retained all of His divine attributes 3) did not resign or in any way give up His deity in the incarnation 4) was truly God – meaning everything that can be predicted of God the Father can be predicted of Christ the Son. 5) throughout the entire course of His life in the flesh here upon earth retained fully and completely the divine nature, the complex of attributes essential to His being the second Person of the eternal Trinity. Note: Additional benefits of knowing the essential doctrines of the Christian faith are as follows: 1. The essentials teach us about the attributes & character of the Lord. The more we know about Him, the more we will love Him. How can we truly love God, if we don’t know anything about Him 2. The essentials form a protective shield around us. This shield: a. Keeps us within the pale of orthodoxy b. Keeps us from heretical teaching c. Keeps us from spinning our wheels outside of the essential doctrines In the case when we are not certain what a particular scripture means, the essentials helps us rule out what a scripture does not mean.

Now – let us look at the question at hand. Did Jesus literally become a sin and a curse for us? In answer to this question we will establish the following: 1.  Jesus could never be literally sin but is unequivocally our sin bearer.

2.  Jesus could never literally be a curse but in some sense bore the effects

of God’s judgment (curse) against sin that was due us

Unchangeable in His Holiness.  If Jesus literally became sin, He would

a person cannot physically interact.  If a noun is abstract, it describes

something you cannot see, hear, touch, taste, or smell.  Since sin is an

7. Galatians 3:13 states that “Christ redeemed us from the curse of the Law, having become a curse for us — for it is written,  "Cursed is everyone who hangs on a tree . . .”. After the careful look we took at Paul’s declaration in II Corinthians 5:21 (“. . . made to be sin for us . . .”) the parallel with this passage is evident.  Christ “became a curse” for us in the sense that He bore the effects of God’s judgment (curse) against sin that was due us.

It is clear from the testimony of Scripture that Christ, in and of Himself, was not accursed by God.  We must not forget John 10:17 when the Lord says, “For this reason the Father loves Me, because I lay down My life . . .” Although He suffered the penalty and “curse” due our sin, Jesus Himself was always the “beloved Son.”  Never was Christ more the Son in whom the Father was well pleased than when He was willing to accept the                          utmost consequence for the sins of men.                            This verse of scripture contains a strong metonymical expression, signifying that Christ was “made the bearer of a curse for us,” or that He was subjected to the endurance of that condemnation by which God expresses His righteous displeasure against sin, when uttering these words, as quoted in the context, “Cursed is every one who continueth not in all                    things which are not written in the book of law to do them.”

1.  Jesus could never be literally sin but is unequivocally our sin bearer.

2.  Jesus could never literally be a curse but in some sense bore the effects of God’s judgment (curse) against sin that was due us.